THE BACHELOR - "2401" - Handsome airline pilot Peter Weber is ready to take off on an international journey filled with romance, high drama and love! He grabbed Hannah B.'s attention with his boyish charm and one storied night in a windmill, but Bachelor Nation was shocked when she ended their relationship. Now, their heartthrob is back to hand out the roses and search for his happily ever after as he stars in the 24th edition of ABC's hit romance reality series "The Bachelor," premiering with a big three-hour special, MONDAY, JAN. 6 (8:00-11:00 p.m. EST), on ABC.(ABC/John Fleenor) JENNA, PETER WEBER

Did you catch all the limo entrances from The Bachelor season 24 premiere?

The Bachelor blessed our television screens with the premiere of a new season last night and along with it a new crew (flight crew to be specific) of ladies and excessive limo entrances for us to judge and roll our eyes at. The windmill jokes and pilot puns were sky high, and some were downright turbulent.

With that said, let’s talk about the worst and weirdest entrances our wannabe “Mile High Club” members offered. And boy, was it a doozy.

The worst of the week has got to go to cry baby Victoria F. who tried really, really hard to successfully pull off a dirty joke as her opening line. However, she choked up and could barely stumble out the punchline. It was awkward for everyone involved including those of us on our couches. 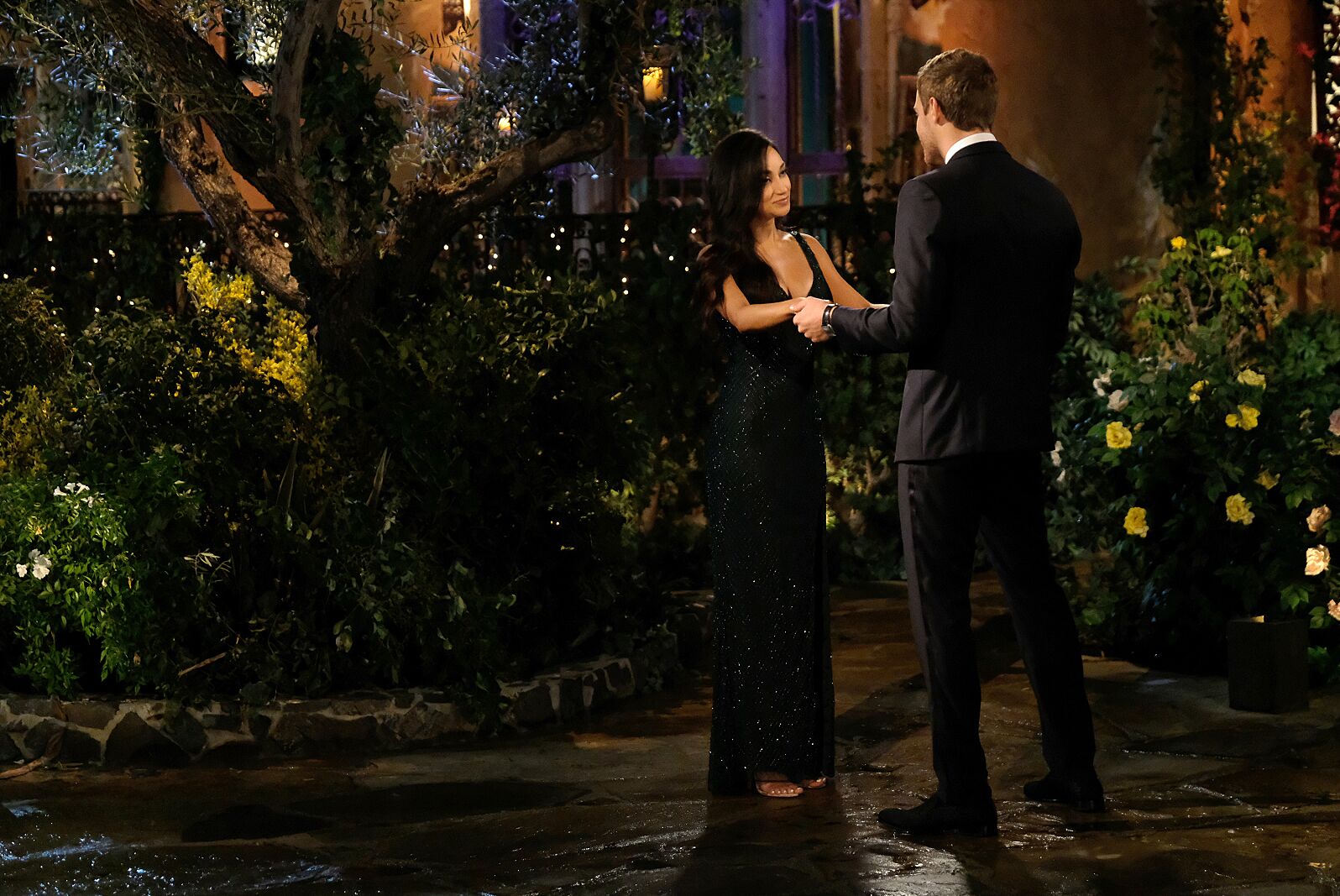 I’ll spare you specifics, but let’s just say moisture down below was the focus and little Vicky was shocked when later on in the evening wholesome Pilot Pete completely blocked out this interaction. Between this joke and the tears already, I need Victoria to take the first flight home.

The weirdest from The Bachelor season 24 premiere goes to Jenna who strolled in with her emotional support cow named Ashley P. Yes, you read that correctly, AN EMOTIONAL SUPPORT COW. Like, does she have the proper paperwork to get homegirl off the farm and with her everywhere she goes?

Do places even have rules/regulations in place regarding emotional support cows? How did this cow relationship start? I have lots of questions. Ashley P. is definitely cute AF and made an impression, (loved all the cow jokes at the end of the episode), but still WHAT.

Other memorable entrances included Madison who flew in on a giant paper airplane. Clearly a magician, Kiarra, literally popped out of a suitcase after being rolled in on a luggage cart. And then there was, Deandra the Walking Windmill who asked the question we have all been hoping/dreading: “Are you ready for round five?” Yikes. There were also condoms, an old car, and the not-so-shocking appearance of Hannah B. returning to our screens. Lots of baggage to unpack literally and figuratively this season on The Bachelor, folks. And this was just night one!

Who do you think took the pilot’s seat with their entrance into Peter’s heart? One thing’s for sure, don’t expect smooth sailing this season–not even a little bit.